We are treasure hunters.
People are the treasures of our lives! 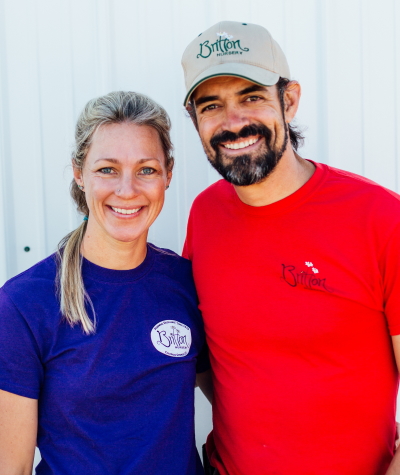 Kirby and Stephanie (Britton) Thompson fell in love their freshman year of college in 1996.  When they were married in 1998 it took several years for Kirby to realize that he had not only married the cute blonde girl, but he had also married Britton Nursery!  Stephanie literally grew up at the Nursery, walking in her dad's footsteps for 30+ years and learning everything relevant to growing hardy perennials in Colorado. Stephanie's plant expertise and Kirby's dedication to business excellence have contributed to the long-term success of Britton Nursery. Their two sons Benjamin and Britton just might be interested in carrying on Nana and Poppy's Legacy! It was always Al’s dream to develop a “marketplace community” where people could work together and share all facets of life.  Of course we have to make a living, but the treasures in life are always relationships. Britton Nursery is a very special collection of people- family owned and operated since the beginning.  Even through decades of growth, we still have a culture that feels like family. 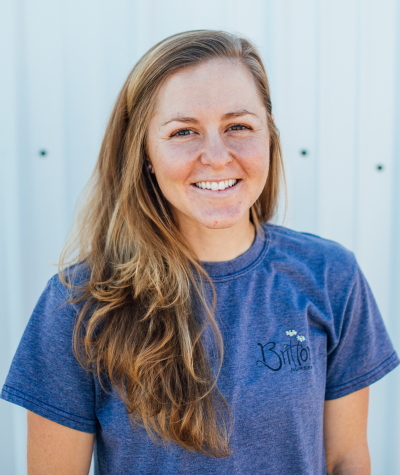 Emily Eitemiller has been a part of Britton Nursery since 2012. In 2018 she took one year off to pursue her dream of becoming an EMT and then firefighter, but after completing school and giving herself time away from the green industry she realized that working with plants was her true passion all along. Needless to say, she is thrilled to be back doing what she loves. Emily holds bragging rights as being the first woman Al would let operate the tractor at the nursery and still enjoys the occasional sweet drive in Lexi – the nursery Kubota – but spends the majority of her time managing the space in the greenhouses and tending to the every need of the 130,000 plants in said greenhouses. Emily loves the community and people of Britton Nursery and can often be found bringing donuts in to show them how much she loves them. When not at the nursery, Emily enjoys trail running competitively, long days in the mountains, canyons, or wilderness with her partner in crime, Mitchell, and eating ungodly amounts of kale. 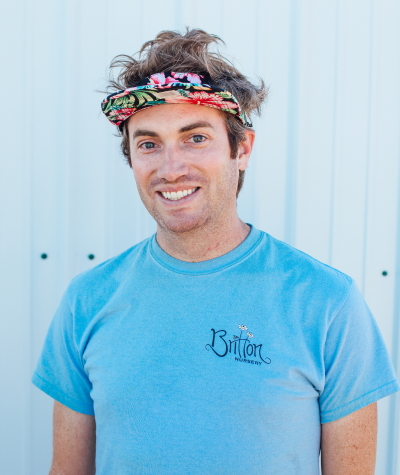 After leaving his home state of Texas, Brad Polenz joined the Britton team in March of 2018.  Because of his expertise in chemistry he quickly earned the prestigious Britton title of "Chief Chemical Warfare Agent." Holding both a B.S. in and M.S. in chemistry, he has helped shed light on our understanding of nitrates, sulphates and phosphates particularly as they are applied with fertilizers and fungicides.  He has declared war against all enemies of our perennials and you can often find him in his "Chem-Man" safety suit annihilating pests and fungus.  Since he also quickly has learned the personalities of our plants, our crew and many of our customers he has also risen to take charge of the vital role as "Supreme Commander" of our order fulfillment team. Though he usually has a devious grin on his face, Brad's heart is true and his love for his family is evident. He has always enjoyed gardening but he did a cannonball into the plant world after leaving a career teaching university level chemistry courses in Texas. He is a quick learner and is continually expanding his knowledge about all things plants and pests. He also thoroughly appreciates lame dad jokes and doing pranks on his friends and coworkers. 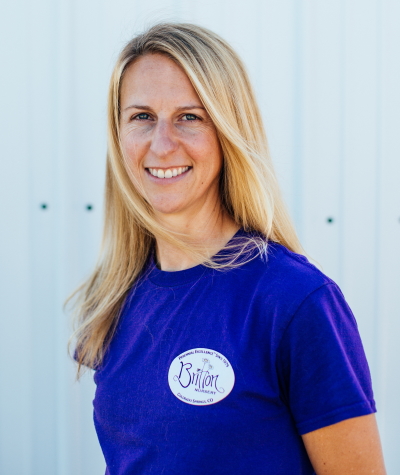 Since joining the Britton Team in 2020, Christy Schreck has brought a new level of joyfulness to our daily operations.  Her upbeat and helpful attitude is often expressed when she offers to help carry the load to complete tasks and to ask the much needed question: "how are you doing today?" She has many years of experience in landscape design and enhancements and she brings that experience to bear at Britton by helping to keep things tidy, healthy and beautiful in the greenhouses and gardens around the property.  She is quickly adding to her skill and experience at the nursery and she has added to her responsibilities keeping the office in order, keeping our customers happy and handling all of our accounts receivable and accounts payable. Christy's organizational skills have become an indispensable asset to the nursery, but her heart of concern for the health and well-being (body, soul and spirit) of the people around her is the greatest treasure because when Christy is around we all feel a bit more loved and appreciated! Christy can often be found tending to her amazing home garden with her husband Steve and playing with their two dogs, Spartacus and Delphi. 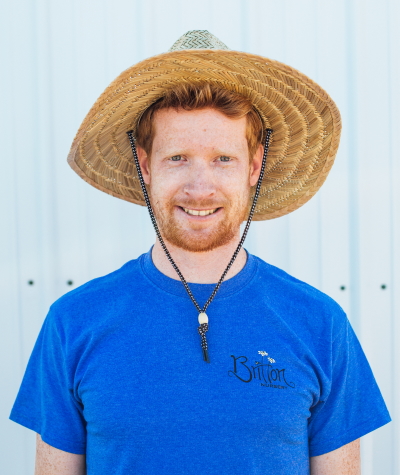 Matt Heiser found himself at Britton Nursery in 2019 shortly after moving to Colorado.  He has earned himself the prestigious title of "Tetrismaster" because he is responsible for loading hundreds of thousands of Britton perennials onto our delivery trailers.  This task requires a healthy portion of both art and science since the plants often are varying heights and must be loaded in complicated sequences so that our customers will receive the plants they ordered in the most healthy condition possible.  Matt is the last line of defense of our Quality Control since he touches every plant and makes sure they have everything they need before they make their way from our greenhouses to our customers.  Matt left part of his heart in Spain after spending 18 months there, and his fluent Spanish occasionally comes in handy when he drives our delivery trucks to a customer job site. Matt loves to play soccer in his spare time and he and his wife Janelle love cooking, making cocktails and playing board games with friends. 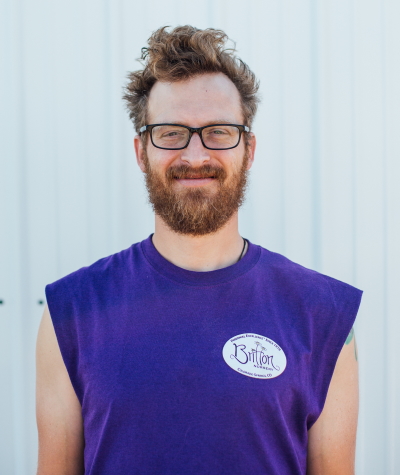 Nathan Shafer jumped in at the Britton Farm in 2019 and he has re-shaped our understanding of production capabilities.  After only one season working as a member of our potting team he accepted the role as potting team leader and the results of his leadership have been incredible to watch.  He has developed systems of order and efficiency in the production processes that have exponentially increased the output of the potting department.  He leads by example with continual dedication to working hard with no wasted motion and always paying attention to the details to make sure every plants is carefully tended to in the planting process.  Nathan's true passion lies with creating sustainable urban farming practices that will not only educate people about healthy food production but also in creating environments where collaboration brings unity and success. 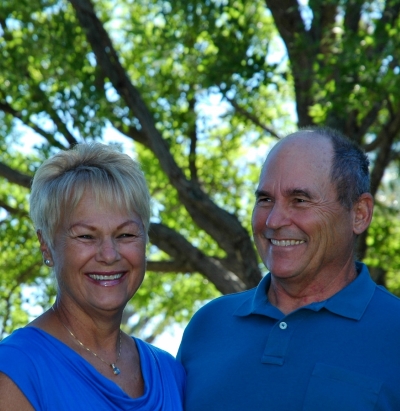 Al and Lana Britton (known to all of us as "Mom and Pop") are our beloved founders and left a Legacy for all of us to reach for: "Cultivating Love and Life."  Al would often talk long hours in the greenhouses with team members who needed a little encouragement and he'd fire up the grill on random weekday afternoons for barbecued burgers and brats and then challenge everyone to a croquet match. (Al ALWAYS claimed the orange ball) Lana was our "Team Mom," always offering us nurturing words and she often stopped by Starbucks to bring us all treats and sometimes she started crew water fights. They both spent their lives making sure that we knew how much they loved us.  We have all worked together to build the business, but more importantly to build our community. And since Al passed away in December 2013 and Lana passed away in February 2016, we now understand that our people aren't merely needed to grow plants- rather, the plants are merely a way for us to enjoy more people! As Al used to say, "Take time for tea and conversation!"